The air surrounding the bay always had that sort of taste. 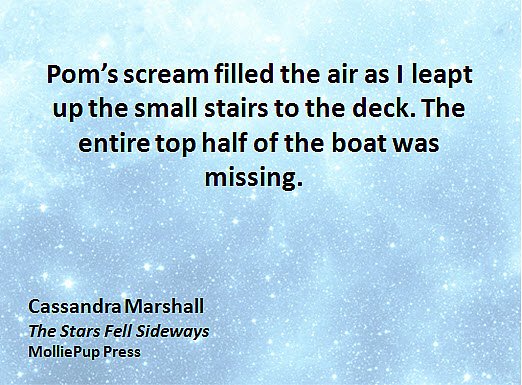 It was a smell that could gag a goat. A smell that only got worse when the weather got hot and the wind died. A day like today.

Louisville heard something. So did Paul.

A high-pitched shriek cut the air. They listened to the screams together. Man and dog. Paul knew what Louisville was thinking. She wanted Paul to send her into the woods. But Paul was in no mood for tracking.


They stood on a shore littered with brown seaweed where the creek began and the bay ended. The sand near the water's edge was so soft, a man's boots could sink halfway into the earth. Paul was up to his ankles in it. He looked toward the bay, across the gray water, at the yellow grass that stretched sideways next to the great Mobile Bay.

The morning sun was strong enough to fry your skin. Paul's pale face was freckled and ruined from a lifetime in this sunlight. He'd been a redhead long ago, before his hair turned white and the sun made his skin look like it was covered in buckshot. Louisville barked.

Though it was really more of a baying. Louisville was like most bloodhounds, she didn't bark. It was beneath her. Instead, she used her low voice, and it carried across the water, only to be interrupted by cicadas and crickets. The morning insect sounds were coming from all directions in swells. Loud, then soft. A man could get hypnotized if he closed his eyes. But Paul knew Louisville was never wrong. Paul was listening with his eyes closed and letting the sounds of the world swirl around him. Vern stood straight and called down from the roof of the millhouse in the distance.


Vern was the tallest black man Paul had ever known. And from high up on the roof where he stood, he looked like a portrait of John Henry, only skinnier.

Below the millhouse, the truck door was open so Vern could listen to the radio. It was Wednesday.

HEALTH: Is there a quick fix for vertigo?

Vern always listened to radio preaching on Wednesdays. And he listened to it at a volume that was loud enough to affect the weather. The sounds of a hollering voice from the tinny speaker competed with the baying from Louisville's throat. Her voice was as deep as that of a full-grown baritone man. Between that stupid preacher and Lou's barking, I can't hear nothing but hot air. Vern's bare feet gripped the roof while he walked. His lanky frame crawled the roofline like an acrobat. Paul watched him climb down, three rungs at a time.

His sharp features made him look almost like a bronze statue. He lowered himself on the ladder and turned off the radio in the truck. Then he looked across the creek one more time, making his ears as big as he could, like a dog would do. When he was a boy, his father used to say Paul was part dog. In some ways, this was true. Paul felt something kindred with the canine. And he had proven this by squandering his life breeding and training tracking dogs.

It started as a boyhood hobby, but soon he was trailing escaped prisoners and missing children. And squirrels, foxes, and coons. I ain't some old man. I was walking them woods before you were even a sniffle in your pa's nose. Vern ignored him and marched toward the woods in a straight line. Vern was middle-aged and quiet. But if it weren't for the gray on Vern's woolly temples, he would've seemed like a teenager.

A stubborn teenager. Louisville paused to look at Paul. She was thinking about this. Then she glanced at Vern, who was moving farther away. Louisville was old.

She had spent a lifetime doing whatever Paul told her. She blinked at him.


Then she turned and followed Vern. Louisville trotted ahead of Vern, pausing to sniff. She was a smart girl. Vern remembered when Paul had trained her as a puppy. The animal could track human scent and game — in the air or on the ground. Louisville was getting white around her nose, and Vern could tell she wasn't as sharp as she used to be.